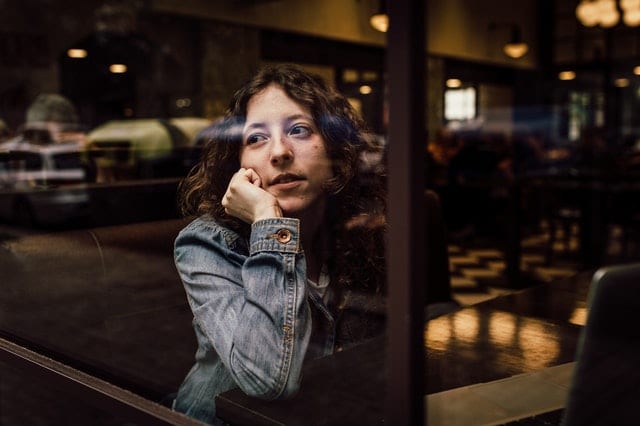 How does mindset affect your career as an actor?

If you believe the industry is too hard, you’re not good enough, or you don’t deserve to have an amazing acting career for whatever negative self-stories you’ve allowed yourself to believe, you’ll have an extremely difficult time manifesting a great acting career. Your own mind may actually be sabotaging your best efforts. I’ve seen it happen! Feel the fear and do it anyway.

Occasionally, I still have clients whose mindset stops them from succeeding. In some cases, actors have the world available to them and are right within the reach of a great career but won’t take the action to make it happen. Why won’t they take the right actions to seize what is right in front of them? It’s aggravating to me, and sad!

But if you feel as though you aren’t worthy of success or believe you’re always having crappy results, the problem is likely due to your mindset. Changing your perspective is almost always the solution.

EMOTIONS GET IN OUR WAY

Due to the very nature of our craft, actors tend to be emotional. But this doesn’t serve you when you’re conducting business.

When you’re in a business mindset, you need to take your emotions out of your interactions. Don’t take the no responses you get personally. It’s not about you. It depends only on what the casting director envisions for a role in a specific project.

Your product might not be what they need for a killer recipe, but that’s okay because there are other recipes. It’s not about you as a person. You must be able to keep a balance between caring enough to give your best performance and valuing being in the audition. Your goal becomes to not just get the job but to book the room so casting directors bring you in again. Feel good about what you did, regardless of the outcome.

Don’t focus on what other people are doing or let it affect you.

Brush yourself off and keep going. Know that it’s a success to get in the room for an audition. If you don’t book the role you want, move on to the next audition. The part that’s right for you is out there, waiting for you to connect with it.

“Get out of your own way. It’s not about having the best agent, the best demo reel, the best resume. If you know what your marketability is and you put yourself out there, you will work. I’ve gone out for really big stuff, season regulars, without a reel. Take action persistently and keep going. You just have to be present and stop caring so much about what other people think. Just go forward and do it. If you’re getting out there, someone, somewhere, someway is going to hire you for something. If you persevere and don’t have fear, someone is going to hire your ass. I promise you!” – Sara Banerjee, actor/Actor’s Fast Track client)

Live at Choice founder Belanie Dishong http://www.liveatchoice.com works with Actor’s Fast Track clients and has tapped into what’s stopping them from moving into business mindset. She helps actors identify, hone, and change their mindset.

She says they’re getting dressed up to do drop-offs and four hours later, they’re still sitting on Facebook or the couch having never gone out. And they then give the excuse they can’t go out because it’s rush hour. Fear of actively selling themselves is getting in their way.

“Actors have a common thread. They feel through their acting they have something to tell the world – and through their art and voice in acting, they want to give something significant and meaningful to the world. Even before they get work, they often feel that through their voice they’ve finally found a way to express themselves. And yet the very thing that they felt held them back is part of the negative self-belief that is holding them back.”  Belanie Dishong, Live at Choice

Mindset for anyone, including actors, is the deciding factor for how you’re going to live.

Mindset can create fabulous results when the actor’s mind is being supportive. But you can take that very same person, and even though they know in their mind they’re incredible and can visualize being a fabulous actor, they freeze. Limiting critical mind-chatter debilitates them, and stop them from taking an action. Often the best actors are the ones who are just watching movies at home because they can never move off the couch, take it to their dream and become a full-time, working actor.

“I never thought about just walking into someone’s office, ever. For me, the biggest mindset shift I’ve had through working with Valorie is that I’m also a professional and I can walk into a casting office and show them my product. My big challenge is in being brave about doing this kind of outreach and getting behind what I believe in and am selling.” – Courtney Bandeko, actor/Actor’s Fast Track client

What we can’t see can hurt us.

We all have a survival mechanism inside our minds. And we hear our mindset-chatter through this filter. For example, many actors believe that standing up and speaking, getting on the stage, and going to an interview frightens everybody. So, there’s a common misbelief in the acting world that this fear is something actors just have to learn to endure.

The root of this belief, however, is often something actors can’t see in themselves. And that is their mindset that nobody is going to want them. The hardest struggle actors have is just taking action because what governs their belief system is often so contrary to what it has to be in order to take action. Their belief system is going to determine whether or not they have the ability to go after business. 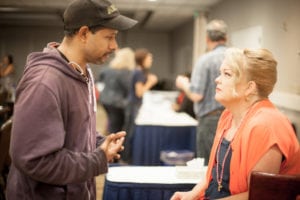